Being in the beauty/anti-aging business, I treat women who either have skin conditions they want to get rid of such as acne or sun spots, need a makeover, or women who want to get rid of fine lines… in short they want to turn back the clock. The latter category of women often come to me just before the legacy ages, concerned about how they will be perceived after that “certain” age. Many of them mention that they feel they have become invisible especially after 50. When that age arrives some rush out and do unspeakable things (in my opinion) to their faces such as botox, fillers and even extreme plastic surgery and hope that I can somehow undo the damage. So many have had botched procedures (you have seen the TV show) and others are unhappy because they don’t look like themselves anymore after the procedure. I am 65 and a firm believer in loving yourself at ANY age, and not giving in to unnatural procedures such as injectables or worse. I must admit that I have dabbled in liposuction when I was much younger, also looking for instant gratification and I regret it to this day, still dealing with the physical problems I now have to endure for the rest of my life.

The question today however is; do women become invisible after 50? I have heard several single friends complain about going to a party and meeting a man of around the same age and discovered that they had so much in common and even enjoyed a great conversation with, yet he mostly had eyes for the younger prospects. Our conversation almost always ends up with the question: Are men really just that shallow? Or are women over 50 just not considered sexy anymore? Is there no “Sex in the City” after 50? To make matters worse, it seems that even when you achieve something incredible such as win a triathlon, or end world hunger after 50, all people remember is your age! What happened to the days when a cute guy ignored you in favor of someone older and more sophisticated!?

Speaking of Sex in the City; apparently Candice Bushnell is creating a new show that will center around women over 50 and 60. As much as I have enjoyed the show and movies and even watched reruns, it would be great to watch a show I can relate to around the lives of women my own age. Candice mentions in an interview with Harper’s Bazaar that is was not that long ago that being 50-something meant retirement and hobbies, not starting new ventures or having encore careers. There was no casual sex, (that we heard about) or moving to another State or even Country for a change of scenery. But this is where we are today. Things have changed… evolved, and the rest of the world should evolve with it.

As if it isn’t bad enough that age is a deterrent in relationships, for some crazy reason, it is more difficult for an older woman to get a new job, than someone half her age. If you consider that an older woman has had years of experience, is more settled and not likely to up and leave a business for a better offer in 6 months, as is more likely to happen with a younger woman; we really are a sensible better hire. We have experienced life and, in many ways, just so much wiser…

Sadly, even though women have passed many milestones and achieved great things in the past few decades, the world is what it is. Like it or not, being young and attractive still counts hugely. Aging however, is not always viewed in a negative way. Many women feel that they have developed more as a person once the kids were out the house, others have achieved more after they turned 50 and some even became famous models! When we really think about it, the “second act” of our lives have been happier in many ways. We are wiser, we don’t take things as personally, and there is nothing stopping us from going after what we want, other than our own fears and doubts. We can still put on a pair of sexy heels and dance the night away if that is what we want.

My philosophy is to fight back. I believe that we should make the effort to look as great and as young as we can for as long as we can, but not FOR anyone ladies. For yourself! There are very effective solutions to help you look years younger, other than plastic surgery, botox and fillers. There is no excuse to look your best, even if your budget doesn’t allow for expensive skin care products. Do the research to see what works best for you, your skin and your comfort level. If you do have the budget I can introduce you to so many treatments that can take years off your face that are natural and you will still look like you. Just better and younger. You can see by my own before and after pictures from 1 year ago and this past week; I practice what preach.

Ladies, as a woman currently revamping and reinventing herself and her business at 65 and loving every minute of it… I recommend you get in that spotlight and shine as brightly as you can. Make an entrance that no man will forget and don’t ever let your age prevent you from pursuing your dreams. In fact, dream bigger than you ever have before.

Summer is almost here, and that means wedding season will soon be in full swing! I live in Los Angeles, where outdoor weddings are really popular and I can see why. Just imagine tying the knot with your loved one, while the sun sets and the fairy lights and candles start to twinkle. How romantic! However this post is about not just about summer weddings; it is about how I can help you to look stunning while you are enjoying this amazing day, whatever the season. It is about helping you take the stress out of your big day and working on your look so it’s everything you ever dreamed of and more. Getting ready with the bridal party before the wedding, can be one of the most memorable parts of the entire day. Aside from the selfies, mimosas, makeup brushes and curling irons, here are a few things to expect the morning of the wedding.

END_OF_DOCUMENT_TOKEN_TO_BE_REPLACED

Lori Hart ~ About Face and Beyond 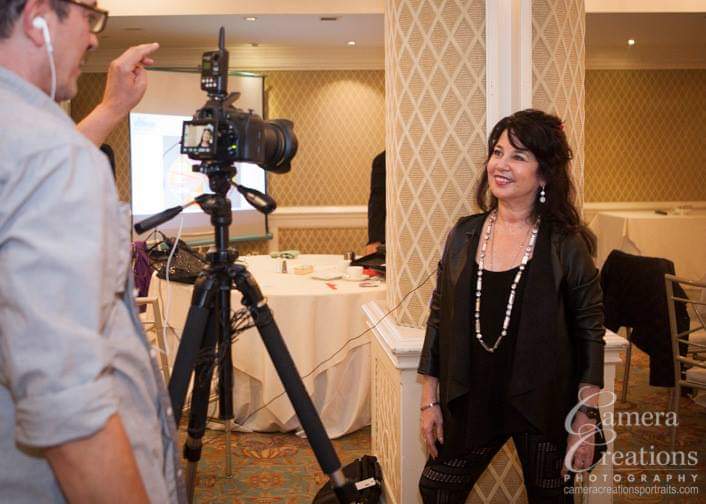